SEND US A MESSAGE

The Main Parade will have about 100 units participating featuring marching bands, floats, and many exciting entries. The parade starts at 4:30 PM Saturday afternoon (RAIN or SHINE) and runs down West Franklin St to St. Joe Ave.

*Destaging - After completing the parade route, parents should pick up their children up on St. Joe Avenue between Michigan and Columbia.

Prize Money will be awarded to the Best Five Decorative Floats as voted by the Fall Festival Participants. Awards Sponsor: Kenny Kent Toyota 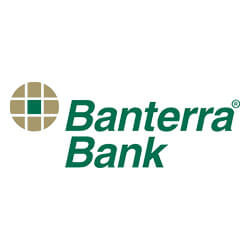 The West Side Nut Club would like to extend our appreciation to our Main Parade Grand Marshals, the retirees of the Evansville Fire Department, the Evansville Police Department and the Vanderburgh County Sheriff's Office. The West Side Nut Club's 100th Fall Festival theme is “Celebrating a Century of Service” which honors all of our service men and women who have served and protected our community throughout the years. The birth of the Evansville Police Department dates back to 1863 with the employment of two men assigned to the duty of checking downtown buildings at night. At the end of the Civil War in 1865 it became necessary for the community to enlarge its protective force and the department increased its number to sixteen and fell under the supervision of Evansville's Mayor, William Baker. Because there were more officers to oversee, it became necessary to appoint a supervisor for the police department. Today, the Evansville Police Department on average consists of 286 Sworn Officers and 31 civilian employees. The Evansville Police Department strives to constantly connect with the community through many outlets including National Night Out, Coffee with a Cop, Cops Connecting with Kids, and Choose Not to Lose Kids Camp, just to name a few. The Evansville Fire Department was established in 1888 with three fire stations located throughout the city. It wasn't until 1911 that the first motorized was purchased by the department. Today, the Evansville Fire Department is a career department with 273 members working in a three-platoon system. Each platoon is made up of 81 firefighters, one Arson Investigator, and two Suppression District Chiefs. The remaining staff serve in support and administrative roles. The EFD responds from 14 fire stations located throughout the City of Evansville, with 17-Front Line Apparatus. Special operations teams consist of Hazardous Materials, Rope Rescue, Confined Space Rescue, Technical Rescue, and Water Rescue. The Vanderburgh County Sheriff's Office was established in 1818. Today, the Sheriff's Office employs more than 250 people. The office consists of sworn merit deputies, confinement officers and civilian support personnel. The office is divided into three divisions: Administration, Confinement and Operations. The Sheriff's Office is not a Department. It is distinguishable from all other law enforcement agencies in that it is directly accountable to the citizens through the election of the Sheriff. The Sheriff is independent and answers to the Constitution, the law and the people of the county. No mayor, board, council or commission can hire or fire the Sheriff, or has the authority to direct or interfere with the internal operations of the Sheriff's Office.

Main Parades of Past Years